The Morning
Context
On the record

The Morning Context adds Whiteboard Capital, others as investors 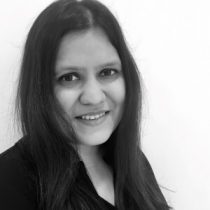 The Morning Context has raised funding from Whiteboard Capital, Kunal Shah, Natasha Mehta, Aprameya Radhakrishna and other individuals as part of our pre-Series A investment round. The round was led by Whiteboard Capital. Since our launch in September 2019, we have reached more than 40,000 readers, which includes paying subscribers, institutional subscriptions across companies and colleges, and registered users, a number that continues to climb.

Over the past year or so, we have announced grant support from the Rainmatter Foundation, funding from the Google News Initiative and the close of our seed investment round.

The Morning Context adds hundreds of paying subscribers every week and is now being read across continents. Twenty percent of our total paying audience now reads us from outside India, led by the US and Southeast Asia.

In the 20 months since launch, we have won widespread acclaim for our investigative features and incisive analysis across our three distinctive editorial categories: Internet, Business and Chaos. We have grown from starting out with two stories a week to a Monday-Saturday publication where we publish an original, deeply researched, well-written story at 8.00 am every morning, plus three newsletters.

“We feel that traditional media is ripe for disruption with the changes in consumption patterns as digital gains more prominence across all spheres. A media business built around insights and  in-depth reportage is needed in times like these and our investment in The Morning Context is an attempt to address this gap,” says Anshu Prasher, partner at Whiteboard Capital.

We are glad to have some of the most credible people in the business believe in our vision, journalism and business model.